Adventure calls. Will you answer?

A fast paced tabletop miniatures game, Warhammer 40,000: Kill Team pits teams of elite specialists, ragtag zealots and hard-bitten veterans against each other in vicious skirmish battles to the bitter end. A single squad of well-trained and well-equipped warriors can tip the balance of a wider conflict – with Kill Team, you’ll play through countless stories of your own devising that could alter the fate of the galaxy itself.

Games of Kill Team are based around small but powerful squads of warriors rather than huge armies. Every single model commanded is vitally important to your strategy, and will develop its own personality, history and abilities with each game you play.

Here are some of the exciting tabletop mininature games we offer at Huscarl Hobbies and Games.  It doesn't matter if you are in to sci-fi or fanasty we have a tabletop game for you.  Not sure how to play?  Come by the store for a demo or talk to David or any other of the friendly staff to learn how.  New models and sets come in all the time so check out our What's New page for at what's in stock.  If you don't see it on the shelf place and order and pick it up at the store.

The fanasty table-top wargame pits the four alliances against each other.  We carry the largest selection of Warhammer AOS merchandise in town.  Check out the slide show on the right to see some of the armies you can start collecting.  Not sure where to start?  Check out our Getting Started page.

Board games more your style?  Games Workshop has several boxed games that take place in the Warhammer AOS universe that that contain miniatures to also use in your army.

Wild West Exodus is a dynamic, fastpaced tabletop miniatures game pitting a cast of heroic characters against each other in a brutal world - very much a twisted reflection of our own. In the twilight years of the Nineteenth Century, mankind is perched upon a new age of discovery and enlightenment.

However, humanity’s greed and ambition have created a Dystopian Age where nations clash and the threat of war forever lingers. We must remember that all is not lost. In Wild West Exodus the bravery and actions of individuals on the frontier can still forge legends and change the world.
EXPLORE THE GAME 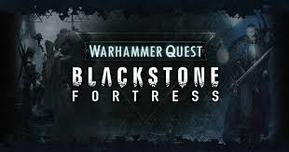 In the grim darkness of the far future there is only war.  This sci-fi table-top wargame is set in the 41 Millennium.  Play as the Space Marines, Xenos, Chaos, or the Imperium of Man.  We carry the largest selection of Warhammer 40k merchandise in town.  Check out the slide show on the right to see some of the armies you can start collecting.  Not sure where to start?  Check out our Getting Started page.

Board games more your style?  Games Workshop has several boxed games that take place in the Warhammer 40k universe that that contain miniatures to also use in your army.

Control the most advanced starfighters and outstanding pilots in the galaxy! In X-Wing Miniatures Game, you take the role of squad leader and command a group of merciless Imperial or daring Rebel pilots in furious ship-to-ship space combat.

Featuring stunningly detailed and painted miniatures, X-Wing recreates exciting Star Wars space battles from small engagements of only a couple of craft to large conflicts where multiple squadrons clash. Select and equip your ships, pick your crew, plan your attack, and complete your mission.

As vast and dark as a sunless void, the Blackstone Fortress is a creation far beyond the ken of any race in the galaxy. In this age of darkness, in a galaxy riven with strife and horror, the desperate and intrepid alike search this Fortress for long-lost technologies that may be used to turn the tide of war.

In Warhammer Quest Blackstone Fortress, you and your friends take on the role of a group of disparate explorers delving into the labyrinthine halls of a vast and ancient space station. Only by working together and balancing your strength and skills can you hope to survive. With each expedition, you will discover powerful archeotech and learn more of the Blackstone Fortress’ closely guarded secrets, including, perhaps, the location of its greatest treasure. The game can be played solo, or with up to 4 friends, with the fifth player controlling the hostiles. At the end of each expedition, the players return to the nearby port city of Precipice to rest, recuperate, and trade their loot for resources that will aid in their next adventure.